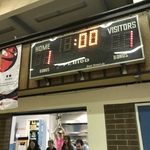 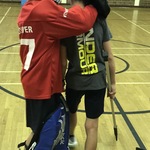 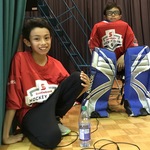 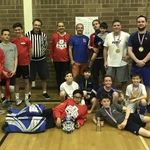 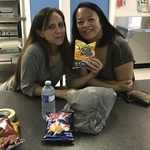 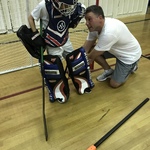 It's not exactly the real thing but....

A group of our fathers and their sons took part in some friendly rivalry a few couple of weeks ago.

The Boston Bruins and the St. Louis Blues are most likely working hard to prepare for the final game tonight, with Boston favored to win but a lot of Blues fans hoping for a different outcome.

Unlike the NHL, our tournament had all Canadian teams: Calgary Flames, Ottawa Senators, Toronto Maple Leafs, and the Edmonton Oilers.

In the final game, the score ended in a 1-1 tie thanks to goals by Anthony D and Matthew C, meaning the Calgary Flames and Edmonton Oilers had to go into sudden death overtime.

Despite the fact that the Oilers had a rookie goalie who got traded to the team at the last minute that night by his own father, the Oilers ended up winning the tournament as a result of a blistering goal by Mr. D and claimed the rights to the (miniature) Stanley Cup 2019.

Thank you to all the dads who came out to play, and the moms who kept everyone fortified by providing a concession.
Stay tuned for next year's game! (And go: St. Louis!)
Tweet

May 18
Victoria Day
May 20
PEC Meeting
May 29
Last day to order yearbooks!

Subscribe to receive email updates with the latest news.